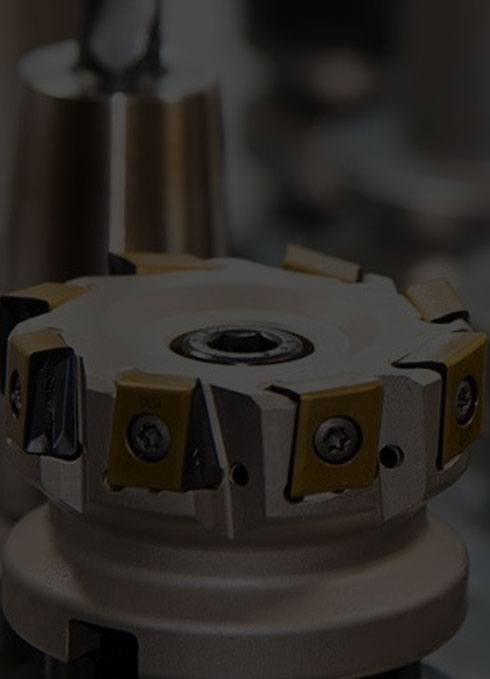 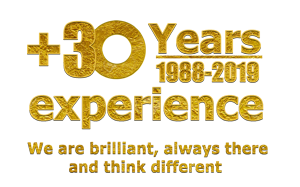 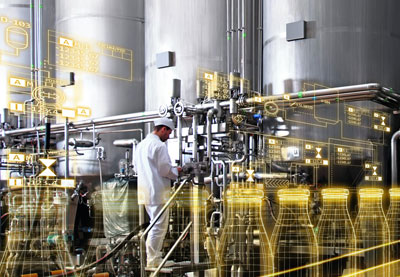 The chemicals and petrochemical industry in the UK has been one of the successes of the twentieth century. The early success was the result of a growing home market for new products such as plastics and later came further success with the discovery of North Sea oil. This resulted in substantial capital investment and the creation of many jobs in both the direct and support industries.

In more recent years the picture has changed. There is very little new capital investment and many of the supporting manufacturers have closed. The UK chemical industry is in decline. Although it remains one of the UK’s most important and successful export industries, it is at risk and any further decline would have a significant effect on the country’s balance of trade.

There are at least four major pressures that could lead to decline if nothing changes. Some of these have already been reported in the 1998 DTI study, Processing the Future.1

The UK chemical industry is often perceived in the media as unattractive with large multi-plant sites such as Wilton, Stanlow and Shellhaven. Columns and stacks that protrude into the air and that from time to time emit steam or flames are regarded as implicitly dangerous (see Figure 1).

The facts are rather different:

The industry is no longer considered as an attractive investment. This is illustrated by the average price-to-earnings ratio of 11 for the chemicals and oil sector on the UK stock market, in August 2002. This contrasted with the pharmaceuticals sector, which, driven by the intensive research portfolio and future prospects, achieved an average price-to-earnings ratio of 20.

Chemical and petrochemical processes are often the first step in a supply chain that ends with the consumer. Industries that interface directly with the consumers, such as supermarkets, electronics and vehicles, are striving to improve their responsiveness and reduce their supply-chain costs as a percentage of sales. One result of this is that working capital is driven out of their supply chains, and moved on to their suppliers, who in turn move it on to their suppliers.

As the chemical and petrochemical industries operate in the early stages of the chain they are at the point where this entire working capital squeeze ends. They therefore either need to improve the manufacturing ‘responsiveness’ of their processes or to maintain uneconomic amounts of working capital. Two recent publications 2,3 have confirmed that, at the present time, working capital is increasing.

Arrangements such as e-trading, swap deals, etc subject the chemical and petrochemical industries to all the price pressures of buying from the cheapest location irrespective of the country. Selection becomes a trade-off between manufacturing price and the distribution costs from the point of manufacture to the consumer.

Recognising these pressures, the UK Manufacturing Foresight Group 4 identified the need in the future to ‘manufacture to a unit of one’. This means that if the customer orders only one drum of product, the plant makes only one drum. The words ‘responsive’ or ‘agile’ are often used to describe such manufacturing processes.

Unfortunately, this is totally contrary to the normal design mantra and history of the majority of chemical and petrochemical manufacturing processes operating today. These were designed for steady-state continuous operation at a fixed rate. The result is that the majority of plants are large, built to last and either produce at high continuous rates or in large batches. Existing operators therefore find it hard to respond to these new market challenges. It is difficult to justify investment in different manufacturing processes for a fully depreciated plant where operating margins are already poor.

As the pressures become acute something will have to change or such operations will eventually have to close.

What is happening to manufacturing technology?

Over the last 20 or more years a number of exciting technological advances have been made, much of them at British universities, funded by the UK research councils. These open up some radically different prospects for future responsive processing plants.

Some of these are:

The concept of ‘intensification’, first described by Professor Colin Ramshaw,5 offers the possibility of delivering the processing steps in a much more intensified environment. In this context ‘intensified’ means much higher performance in radically smaller plant. One such development is illustrated in Figure 2. In this processing unit the reaction/separation stage is spun via an electric motor. With a 20 cm disk the unit is capable of producing 450 tonnes per year of product with much higher selectivity than conventional plant. This is a very responsive unit: switching off the motor switches off manufacturing. The result is that products are improved and there is less waste. Other developments include high intensity heat exchangers and separators.

Several major companies are investing heavily in the conversion of gases such as methane and liquified natural gas (LNG) to liquids such as oils of various types through the use of gas-to-liquid technology. This was stimulated by the apartheid restrictions on South Africa.6 Since sources of gas are widely distributed around the world, this technology opens up the possibility of the distributed bespoke manufacture of hydrocarbon oils at the point of use in quantities matching local demand.

Greater understanding of nanotechnology and physical surfaces has led to radical improvements in catalyst performance which deliver better targeted and selected conversion of chemicals and other raw materials from product A to product B with the potential for no by-products.

As with all engineering, the rapidly increasing power and scope of computing is having a major impact:

– Automation – there is almost no advanced control approach that is not now possible on existing, computing platforms. Concepts such as multivariable statistical control, dynamics multivariable control, soft sensors, etc. may all be applied.

– Industrial IT – this is intended to become the ‘office’ environment of the industrial world (see Figure 3).7 By the use of ‘aspects’, information is generated once and made available across a complete industrial network in a transparent manner. This approach will have a major impact on the design, reuse, and maintenance of documentation in the chemical and petrochemical industries.

In off and on-line analysis, ‘no measurement – no control’ is an often used statement in the chemical industries. Lower cost high power computation makes sophisticated data analysis approaches such as topology available at competitive prices. Applying these techniques to an analyser which produces spectra allows accurate measurement of the properties of the components being analysed. This now makes it potentially possible to measure almost every stream within the process industries.

We can now produce rigorous dynamic models of the whole process. The computing power is available to solve rapidly the vast majority of models of process plants, including a full kinetic study. Groups such as the Process System Centre at Imperial College, started by Professor R Sargent FREng, are world leaders and have developed languages, such as g-proms, that make such analysis possible and that enable us to use features such as continuous dynamic data reconciliation.

Biotechnology is beginning to offer a wide range of novel manufacturing routes that do not involve high pressures, high temperatures and potential safety risks.

Integrating these and other supporting technologies opens up a whole new vista for future chemical and petrochemical manufacture.

A vision for the future is the possibility that we could install chemicals and petrochemicals plants ‘anywhere, anytime and of any size’. The author first suggested this in 1988.8 This vision leads to the concept of a distributed process manufacturing environment.

In many respects such a development is similar to the way in which computers evolved. In the 1960s the only computers were large mainframes. Now in the 21st century there are distributed computers of similar power to those old mainframes on everybody’s desk. There are still servers, acting as hubs and there are still mainframe computers doing the very large computational tasks: the total market has increased dramatically with the creation of the PC.

The same environment can be foreseen in chemical and some petrochemical manufacturing plants.

There will still be large plants processing raw materials such as crude oil and naphtha that require breaking down into their component parts such as benzene, ethylene, propylene, etc., which are then used by the downstream industry.

In addition, however, there will be distributed processing plants that will take locally available raw materials such as gas, water and air, adding other delivered raw materials and converting them into the products that are needed for local use. For example, in some circumstances it will be cheaper and safer to produce methanol locally than to transport large volumes of the raw material, liquefied natural gas, to a large manufacturing plant and then subsequently distribute the product. This would open up the possibility of methanol production in local villages to power future cars

Industry could exploit the potential to make downstream products at the point of use to reduce its supply chain costs. This could involve, for example, producing polymers at the same location as the injection-moulding machine rather than making the polymer at a remote large plant and then shipping the polymer chips. This is very attractive from many perspectives, including energy use. Rather than make molten plastic, solidify, ship, melt and inject, you would make only molten plastic and inject in one stage.

Technology is developing microprocessing plants on microchips that can be used throughout the home. For example, a microprocessing unit in a washing machine could recover unused detergents from the water. A similar unit in the dirty house water could be used to clean and recycle the water.

One result would be that chemical manufacturing sites would be very similar to other modern manufacturing plants as suggested below (see Figure 4). This would go a long way towards changing the image of the industry.

There are already some examples of the use of more distributed manufacturing environments.

One recent example has been the rapid growth of home bread making. That might at first sight seem a strange comment, but a bread maker is a processing plant where materials go through physical or chemical change. The evolution has moved from the small town bakery, to the large central bakery that distributed to the supermarkets, to the in-store bakery, where it still is in many cases, and now to the home bread-making machine in many kitchens. It is a responsive process where you make bread only when you need it. This may not be as economic as the larger processes but the users prefer the flexibility of making bread on demand to their own choice. Choice overcomes the economics.

Mini steel plants specialise in the manufacture of specific grades and provide a more responsive service by being close to the users. They are however part of a manufacturing chain that starts with the blast furnace and includes the recycle system that collects scrap. Break the chain and the plants would be difficult to operate.

Microbreweries have grown throughout the world. They have not removed the need for large breweries, but have created a new market via ‘themed’ restaurants and niche beers.

Air separation plants are now available in a wide range of sizes that range from plants to supply large industrial complexes to those for small greenhouse operations. The potential for this distributed world of process manufacturing is endless. Many of the future processing plants will be invisible, just as the microchips throughout the house are now invisible. This will help to change public perception, increase the total market and provide a significant manufacturing opportunity for the country and companies that take the lead.